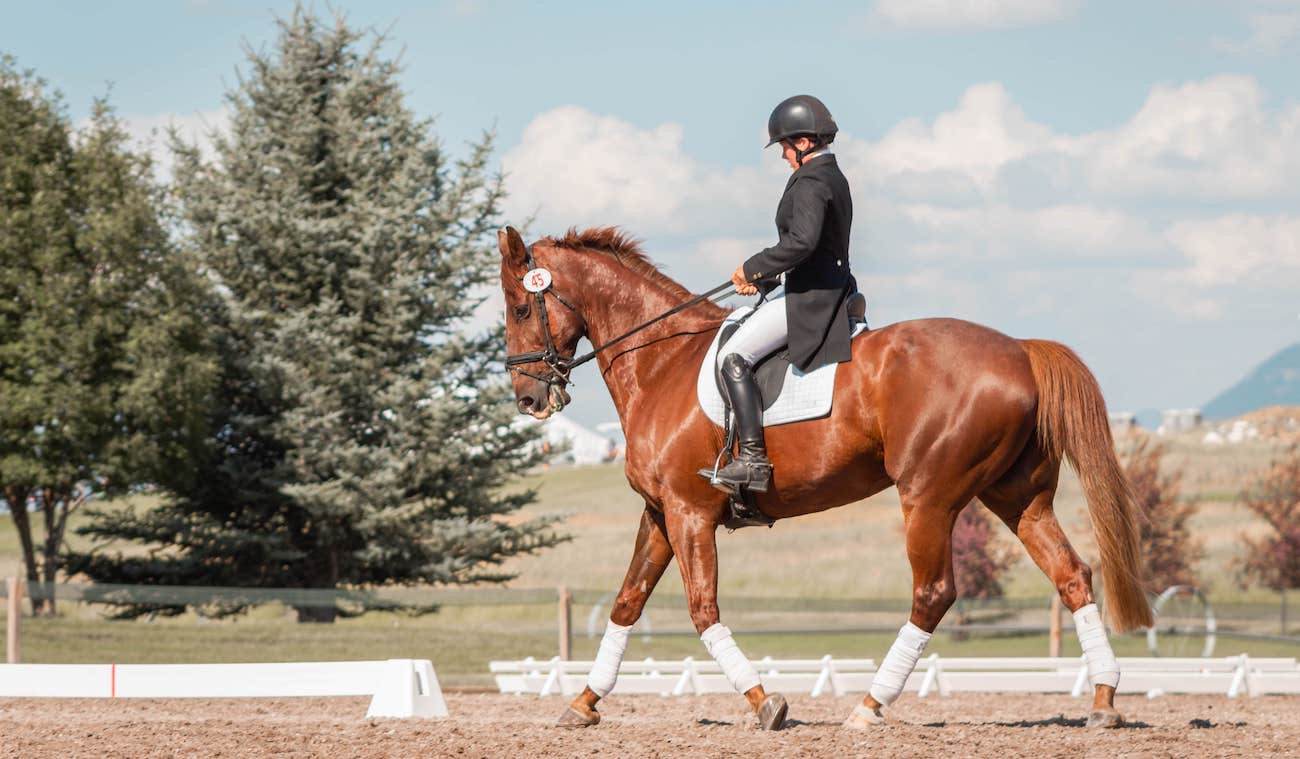 There is a wide range of techniques that can be used to break a horse which impacts the time the process takes.

The timing will vary based on the handler’s approach to horsemanship and whether they opt for a softer or more forceful approach.

Depending on the horse’s learning style and nature, the amount of time it takes for a horse to be broken varies.

How long does it take to break a horse in?

On average, it takes 90 days to break in a horse. The process can be as short as 30 to 60 days but many professional handlers believe this is not a process which should be rushed. Besides the quality of engagement between a handler and a horse before being broken in, the length of time can vary based on the horse’s age, environment and natural temperament.

The bond between a horse and the handler who breaks them in also plays a vital role in how a horse responds to the process of being more controlled and having a rider on their back.

What Does Breaking A Horse Mean?

The phrase ‘breaking a horse’ refers to the process of training a horse to be ridden. This process includes getting a horse used to a number of elements including the horse having:

The overall aim of this process is to have a horse which is considered safe to be ridden and responsive to a rider. This process is sometimes also referred to as ‘saddle breaking’. A successful backing process will result in a horse who is relaxed and comfortable to not only have a rider on their back but to accept commands to be steered, stopped and respond to requests from the rider on demand.

The different stages of breaking a horse

There are a number of different stages (or levels) of breaking in a horse. These include:

How long should it take to break a horse?

Just like humans, horses all have different attitudes and learning abilities, meaning that the time it takes for them to be broken in varies from horse to horse. The more efficient and relaxed the groundwork and handling of a horse before being broken in, the smoother and shorter the backing process can be.

Professional backers could break a horse in as little as 4 to 6 weeks but this time frame is based on a number of prior requirements or assumptions. These include:

How long does it take to break a wild horse?

Breaking in a wild horse can take between 4 weeks to 4 months, depending on the approach. It is certainly no easy task and it takes significantly longer than breaking in a horse which has grown up around humans. As herd animals, wild horses have an inherent flight or fight response to things they are unfamiliar with. This can be quite dangerous for a handler as a horse may buck, kick or attempt to bite them out of fear.

Breaking a wild horse is a process which needs to be met with compassion and understanding from the handler in order for the process to be successful in the long term. These horses will have had little to no exposure to the surroundings and objects they may encounter when being domesticated and ridden. This means that before a handler can even consider putting a saddle on the horse’s back, they will need to get the horse used to being handled on the ground.

How much does it cost to break a horse?

The cost of breaking a horse varies depending on whether the owner of the horse carries out the process themselves with the aid of an instructor or hands the entire process over to a professional. Should a horse owner take on the task of breaking in the horse themselves, the assistance with training could range from between $100 and $300 a week.

The actual cost of the training, should a horse be sent to a professional, may range between $100 and $400 a week. The cost of stabling for the horse will also need to be covered by the owner and typically costs between $200 and $800 a month, depending on the area.

How to saddle break a horse

“One of the most important steps in teaching your horse to accept the saddle is to make sure you know the level of your horse before you start the process.” Source

It is important to take this process, much like the rest of the breaking in process, very slowly. Once a horse is used to being handled, a saddle pad can be introduced. The horse should be given a chance to see the saddle pad and smell it to create familiarity. The pad can then be placed on the horse’s neck and slowly moved down only the back where a saddle would sit.

Once a horse is comfortable with a pad, the same exercise should be done with the saddle, letting the horse see and smell the saddle. The horse should be given as much time as they need to get used to this piece of tack. The handler should then hold the horses read rein with their left hand and very slowly lift the saddle onto the horse’s back. This is likely the point where it can be expected that the horse becomes uneasy and possibly reacts. It is important to stay calm and reassure the horse using stoking on the next and voice.

Depending on how long it takes to get a horse comfortable with the saddle on its back, the girth can be tightened. This will be a very new experience for the horse. The girth should not be too tight for the first time it is fastened. The tightness can be increased over time. The next step is to walk the horse around, without a rider on its back and get it used to moving while having the saddle on its back. The horse is now saddle broken.

How long does it take to train a horse for riding?

Assuming a horse has been broken in with a saddle and bridle, which may take a few days to a few weeks, the next step is to get the horse used to having a rider on its back and obeying commands. Training happens through a horse being repeatedly asked to follow certain commands and this entire process can take up to 3 months.

“It takes at least 150 repetitions of a task for a horse to really learn that task.” Source

While the initial stages of breaking in a horse and getting them used to have a saddle on their back may be straight forward in many cases, the schooling and following of commands may take quite a long longer. This is dependent on the horse’s nature and willingness to learn as well as the trainer or rider’s ability and skill level.

Follow our simple guide to help choose the best horse breeds for beginners and first-time horse owners. If you're starting out learning to ride or are looking to purchase your first horse, you...

Continue Reading
link to Balking Horses: How to get a Stubborn Horse to Move

Balking refers to when a horse refuses to move forward when its rider instructs them to. If you have been riding for some time, you have experienced a few horses who balk. It can be extremely...

Hi, I'm Katie. I'm a devoted horse owner. I’ve spent my whole life around horses, and have made the most incredible bonds with these special animals. I want to share my advice and tips to help you build the same love, care, and bond with horses too.